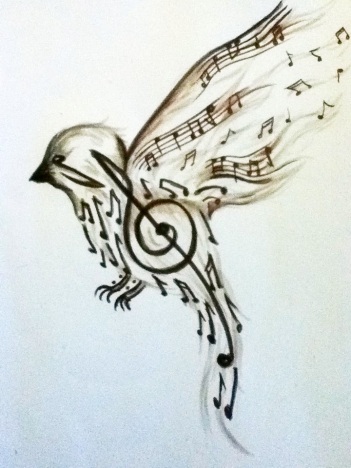 I listen to music.  A lot.  While I’m cooking, writing, reading the news online, cleaning, driving, or doing yard work I have music on.  I find that music helps me to practice joy throughout the day.  It can also help me to process through difficult emotions and get in touch with challenges I am facing.  Music can be very powerful and healing.  And it can also cultivate a lot of strife and harm if we are inattentive to its effects on our mental state.  For instance, I love love love the musician Bon Iver.  His voice and melodies are hauntingly beautiful.  But I started noticing that when I listened to his music my disposition would change.  I would suddenly become more downhearted and sullen.  I enjoyed his music so much that not only did it take me a while to connect the dots in terms of how I felt during and after listening to him but it also took a while for me to decide to stop listening to him because I didn’t like how the music affected me.  Music, like any media influence, has the capacity to uplift us or sink us down and it’s important to understand ourselves well enough to know which does what to us so that we are able to water the most skillful seeds within us and flourish with more ease.

After I cooked myself a wonderful vegetarian dinner earlier tonight I was struck by musical inspiration and hopped onto youtube in order to look up some of my old favorite songs I hadn’t heard in a while.  I plugged my laptop into our large guitar amp so that I could listen to the music the best way I think it should be experienced – loudly!  I mean really, some songs simply need to be loud in order to do them justice.  You cannot listen to Pink Floyd on lousy laptop speakers, it just won’t do I’m afraid.

END_OF_DOCUMENT_TOKEN_TO_BE_REPLACED

I love to write (can you tell?).  Before I started this blog two years ago my love of writing hadn’t manifested into a regular practice of putting pen to paper (or the electronic version of pecks on the keyboard to screen).  How grateful I am to the art of blogging and having folks read my posts, further encouraging and inspiring me to keep on writing!  Thank you all so much for your support!

Now I would like to journey one (large!) step further and couple my love of writing with my love of mindfulness in the more formal context of writing a book (gulp).  I have always wanted to write a book.  And while this will be a long road to which the ending of is entirely unclear and unknown I find myself looking forward to this new adventure. 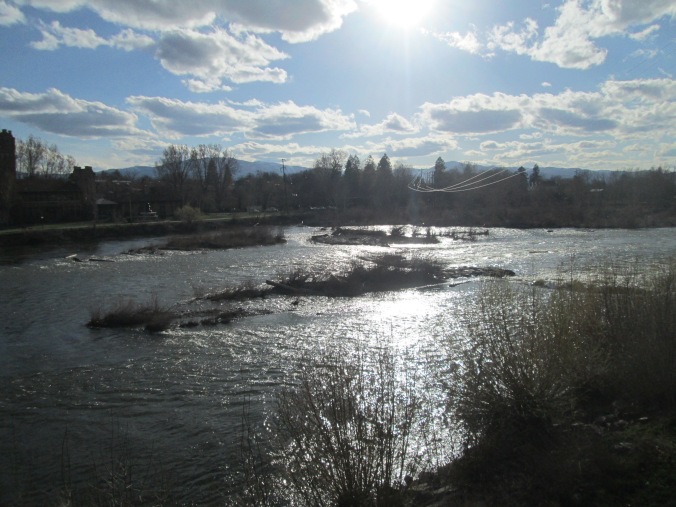 Definition – Environmentalist: Any person who advocates or works to protect the air, water,animals, plants, and other natural resources from pollution or its effects.  While the actual definition of this word sounds good to me when I personally think of what an environmentalist is I automatically think about the same thread that can often tie together any collective label that tacks on an ist at the end (activist, feminist, racist, anarchist, elitist…) – anger.  For better or worse, and probably for both, I conjure up an angry person or people.

Over the last two weeks I’ve attended the premiere of a locally made documentary on Montana coal export to China, a two-day conference on human trafficking, and six days of nature films as part of our annual International Wildlife Film Festival (IWFF), many of which spoke about environmental degradation and pollution.  I volunteered at a food pantry that gives out food to families in need and yesterday I led a team from our mindfulness center that joined the efforts of hundreds of volunteers in the 11th Annual Clark Fork River Clean-Up.  So over these last two weeks I’ve spent time learning, connecting with and developing understanding around a variety of complex, major issues that affect our local communities and the world.

END_OF_DOCUMENT_TOKEN_TO_BE_REPLACED

Today I attended the 2014 Mansfield Conference at the University of Montana (UM) entitled: Fight for Hope & Freedom, Human Trafficking, Montana & The World.  It was open and free to the public so I went simply as a concerned  citizen wanting to learn and understand more about this global problem.  I knew very little about human trafficking going into this conference so I learned quite a bit and appreciated the speakers and the information they shared.

I went into this conference thinking of how to transfer my experience today into a blog post.  I took notes and collected handouts throughout the day – I even took pictures!  But as I sit here now typing I am not as interested in painting a picture that includes all of the statistics, facts, studies, numbers, and evidence based information that I learned about today.  Instead, I would like to talk about how we as mindful practitioners might better be able to stay informed about heavy, challenging world affairs without becoming overwhelmed or cynical.

END_OF_DOCUMENT_TOKEN_TO_BE_REPLACED 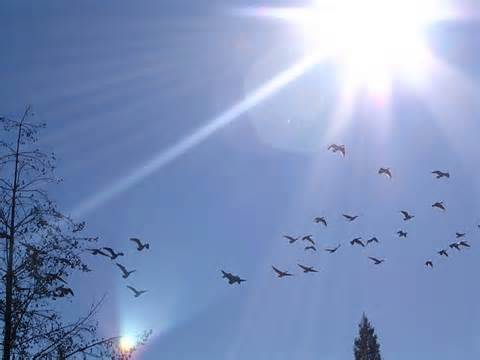 When we shine brightly we are not only increasing the light of awareness for ourselves but also for others. Our light becomes a beacon for those around us and ripples outwards.  And the more we practice shining the more able we are to offer it in a variety of situations and places.

We all have an internal light to shine – dear friends, please let it radiate and fill the cosmos! 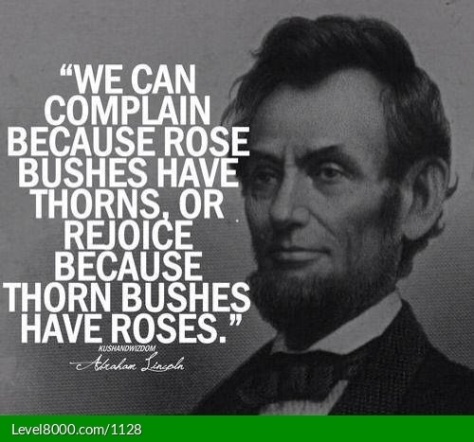 There is a high propensity for complaining in this modernized world.  There is also a much greater chance of hearing something generally negative from someone versus something positive.  Change can often be a lengthy and difficult process but in this case I think it can be very quick and easy: Stop complaining and start gratituding!

Ok, sure, gratituding is not a real word and in fact is one I just made up but I think you get my meaning.  It’s the opposite action to that of complaining.  Our habit energy of complaining and being negative might be very strong so in order to transform ourselves into gratituders we have to start looking at life differently.  This may sound difficult but really what it entails is letting go of our expectations of how we think things should be – and embrace what is!  It’s actually very simple to do.  Along the same lines of complaining and being negative we also have a tendency to make things more complicated than they really are (and more serious too!).