Definition – Environmentalist: Any person who advocates or works to protect the air, water,animals, plants, and other natural resources from pollution or its effects.  While the actual definition of this word sounds good to me when I personally think of what an environmentalist is I automatically think about the same thread that can often tie together any collective label that tacks on an ist at the end (activist, feminist, racist, anarchist, elitist…) – anger.  For better or worse, and probably for both, I conjure up an angry person or people.

Over the last two weeks I’ve attended the premiere of a locally made documentary on Montana coal export to China, a two-day conference on human trafficking, and six days of nature films as part of our annual International Wildlife Film Festival (IWFF), many of which spoke about environmental degradation and pollution.  I volunteered at a food pantry that gives out food to families in need and yesterday I led a team from our mindfulness center that joined the efforts of hundreds of volunteers in the 11th Annual Clark Fork River Clean-Up.  So over these last two weeks I’ve spent time learning, connecting with and developing understanding around a variety of complex, major issues that affect our local communities and the world.

All of this recent activity has had me thinking about the emotion of anger and the ways in which it can often be a stumbling block to transformation.  At the documentary on Montana coal export I was seated in a fully packed small theatre.  While I commend the film makers for their hard work I did not feel the film was well done.  It lacked science, facts, and was not well-grounded.  To me, the film was using the lens of anger to tell a story.  And I could feel anger in the audience as well.  Day two of the human trafficking conference consisted of different break-out group sessions involving community discussions.  The dominant feeling amongst those asking questions and commenting?  Anger.  It took a great deal of practice for me to sit through those sessions because it meant having to listen, ingest, and absorb people’s anger filled monologues, that often were not geared towards solutions.

The very last film I saw yesterday on the closing day of the IWFF followed three basically lone environmental crusaders in their plight to save the planet.  One man in India and was shown traveling to communities along the Ganges River speaking about cleaning up and taking care of the Ganges.  One man in Australia was working on technology to clean water and help aid in slowing down global warming.  And one woman was fighting against the Tar Sands in Alberta, Canada.  While all three had to deal with scrutiny and disbelief on account of the work they were doing only the woman in Canada seemed to embody the anger that is so common in taking action to change long-held destructive notions and ways of life.  To me it was clear that her anger, while understandable, was not the most skillful catalyst for transformation.

Anger is a natural human emotion.  It’s not bad or wrong.  However, it can be very limiting and damaging.  Anger is not a root emotion, it is a reaction to either fear or sadness/hurt.  Anger clouds our judgement and can fuel unskillful words and actions.  While anger can perhaps start us off on the path of becoming more involved in helping our environment, people, and communities across the globe we must at some point look more deeply into our anger and see whether it is causing more division and discord. 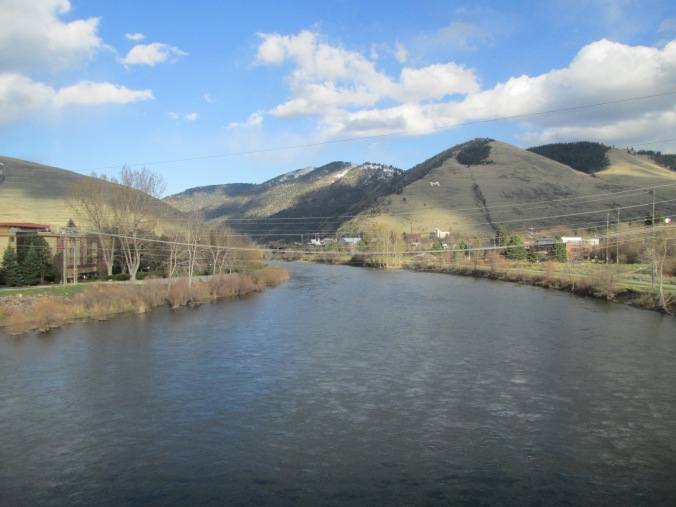 In my senior year of high school in 1997 I tied with another girl in my class in our yearbook’s category Most Environmental.  I remember being in my late teens and early 20’s thinking that without anger nothing would get done when it came to necessary environmental changes.  If I weren’t angry wouldn’t I lose my momentum and become complacent?  Later I would discover that this kind of naive thinking could be very detrimental.

In the last film I saw yesterday the man wanting to clean up the Ganges wound up going to see a woman in the mountains of India.  When this beautiful, smiling, older woman appeared in the film only the word: Hermit was given as her title on the screen.  The man had went to visit her in order to ask about his quest and get her advice as to whether he was doing the right thing (since he was coming face-to-face with such opposition and a monumental task).  She said that in the world there will always be good and evil and that as long as what he’s doing is coming from love he will succeed.  I appreciated this wise response.  If our actions come from a place of love and understanding great things will happen.  If our actions come from a place of anger we will only be able to get so far in our journey to affect positive and lasting change until we are thwarted by our own inability to look deeply and see clearly.