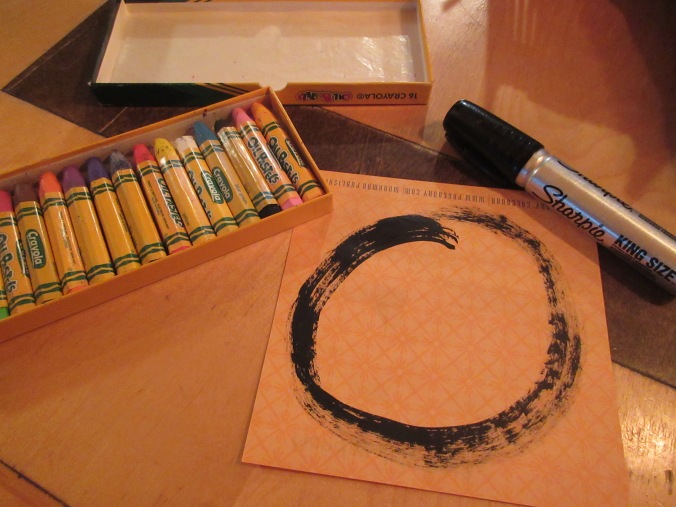 In preparation for our upcoming spring family retreat with our Montana sangha family, in the tradition of Thich Nhat Hanh – for which I am serving as co-director – I worked on this fun project this morning. Ensos! An enso is a zen circle and is said to symbolize a number of different things: openness, awareness, strength, the universe. Enso’s can be created open or closed and are typically fashioned in one brush stroke.

Since our upcoming retreat will be a family retreat and we’ll have kids present, we thought it would be fun this year to create a small optional activity that we could simply leave out on a table in the main gathering area that all ages could engage in, if they so chose.

As I was brainstorming a simple community activity, I came across a post in my Twitter feed from the Upaya Zen Center in New Mexico that offered inspiration: 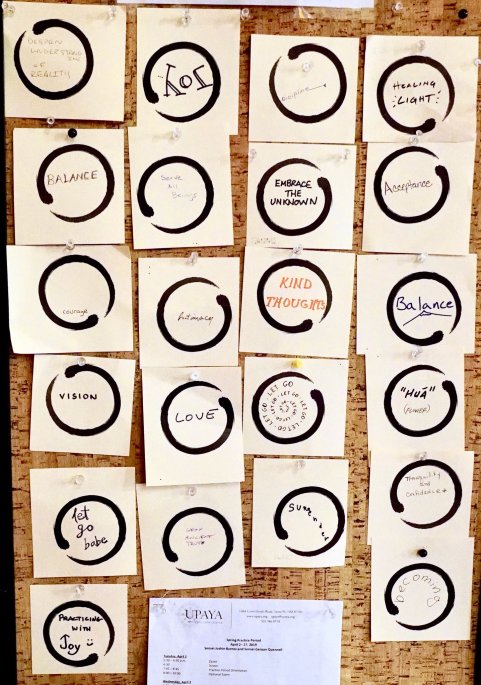 The tweet that accompanied this picture said something along the lines of having folks there at Upaya fill out an enso with their aspiration for their own practice during the retreat. So I took this idea and tweaked it a bit.

I made a total of 70 enso’s on small multi-colored squares of paper, using a calligraphy brush and some tempera paints I had on hand. Then I made a sample one posted with instructions that I’ll leave on the table, along with markers and some oil pastels: 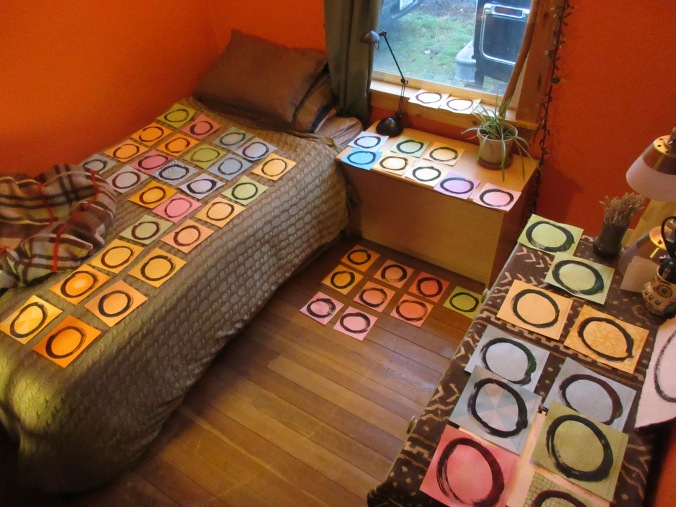 This wound up being great fun to do this morning :)

I contemplated whether to put out paints and brushes for people to make their own enso’s but decided with the number of people we have attending and so many kids that it would best to keep the activity less involved/potentially messy. My plan is to collect all of the well wishes created and string them together in a collage for display. So stay tuned to see the final product!