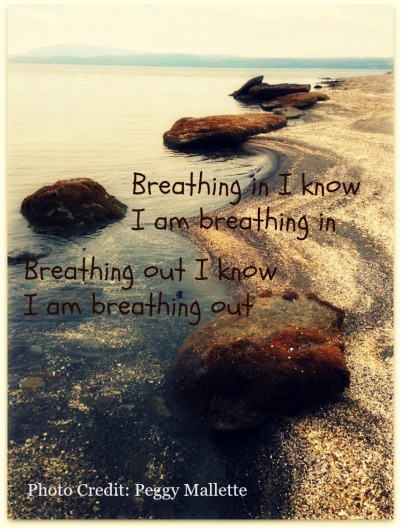 I recently signed up to participate in a local poetry slam that takes place this coming weekend. It’s an annual slam that happens around this time each year, as part of the Montana Book Festival. This will be my fifth slam. Doing these poetry slams is the most nerve racking thing I do with my time all year. But I sign up for two reasons: 1. It’s good practice for me in getting outside of my comfort zone. The more I practice, the easier it gets. 2. It’s good for me to practice shining my light of creativity and love for spoken word. I’ve taken it on as a diligent practice to step out of my fear of shining brightly – a fear I came to realize I had a couple of years ago while on a retreat at Deer Park Monastery.

(Quote to the right by Marianne Williamson)

A few days ago I was at the Good Food Store, our local organic market. When I was in the checkout line the cashier, having remembered me from when she saw me in my first slam in the fall of 2014, said, “Oh, I saw that the poetry slam is coming up soon. Did you sign up?” I then proceeded to tell her about how I did sign up and that I was feeling pretty nervous about it, since it’s at a more popular venue this year and will probably be pretty packed. She was surprised that I was nervous and even more so to learn that the one she had seen me in two years ago had been my first slam. “You didn’t look nervous at all!” she remarked. I replied with a smile and said, “Yeah, it’s one of those don’t judge a book by its cover things.” She nodded and agreed and then quoted something a friend of hers had told her: Don’t judge someone’s outside by your inside. And after a pause, to let those words sink and settle in, I thought to myself: Good phrase!

It was then my turn to be surprised when she mentioned having remembered something I said from my first piece in the slam she saw me in all the way back in 2014, which had to do with busyness being a choice. She really appreciated that and said it was a good message. For someone to remember a quickly spoken few words I uttered on stage two years ago seems quite remarkable.

Similar encounters have happened to me a handful of times over the past couple of years: people I don’t know coming up to me and commenting about the slams they’ve seen me in and offering their appreciation of my pieces, each becoming equally surprised to find out that I am super nervous up on stage and that it’s a relatively new craft for me. I’ve written on this topic a few times before but it never ceases to amaze me about the strength and power of our perceptions and how often we are totally mistaken. Please don’t get me wrong, I have a lot of gratitude for those folks who’ve come up to me and offered their kind words, it’s a great and unexpected support – and I love that I live in a town where this sort of thing happens! It’s just funny how quickly we can judge a book by its cover, or a person’s outside by our inside. I am continually reminded to ask myself the question Thich Nhat Hanh poses as a practice tool: Am I sure? And it’s still amazing to me how often the answer is no.

Some of you out there in the blogosphere might remember that this time last fall I posted about entering my first poetry slam.  Well, it’s an annual slam that happens here in Missoula as part of Festival of the Book (now called the Montana Book Festival) and I decided to sign up again.  It was this past Friday night.

I ventured into writing spoken word pieces about 3 years ago.  Not being overly familiar with poetry slams I didn’t realize, until a friend mentioned it to me, that what I was writing would fit right in with a slam platform.  So I managed up enough huts-pah (aka courage) to sign up for my first slam last fall.  I was the most nervous I ever remember being.  But I did it!

For those of you who may not be familiar with how slams work they’re competition based and involve folks performing their own poetry that can run the gamut from simple stylistic poetry to verse to having a rap/hip hop flavor.  There are judges and scoring involved for each piece a poet performs.  A set amount of poets start off in round 1 and then that number gets halved, based on their scores, for round 2 and so on until 2 poets are left to duke it out for first place.  In the annual one here that takes place as part of the Book Festival there are 4 rounds.  Last fall I didn’t make it past round 2.  I was in a slam, that had only 1 round, this past spring and took 3rd place.  And in this most recent slam I took 2nd place.

But it wasn’t about winning, and still isn’t, for me.  I do it because I enjoy the art of writing and spoken word and because it’s a good practice in sharing what I love to do.  And it is a practice – which means it takes work, effort, and diligence.  The more I practice the more I keep practicing, the more skill I develop, and the easier it gets.  I revert back to this simple equation often.  Practice = more practice = more skill = easier.

END_OF_DOCUMENT_TOKEN_TO_BE_REPLACED

On Friday night I participated in my first poetry slam.  I signed up over a month ago for this annual event mostly because I was interested in taking another large step outside of my comfort zone and practicing to embrace my love of spoken word and sharing it with others.  When I emailed a few friends letting them know about the slam and how I’d love to have some support in the audience I jokingly told them that if I simply was able to get on stage and not pass out then I’d consider it a success – mission accomplished!

I was incredibly nervous and over thinking each of my pieces to death on the night of the performance.  To help cultivate some grounding energy before the slam I practiced walking meditation in an empty room upstairs from the venue.  I also carried a sharpie marker with me to keep my notes and smiley faces on my hands visible, as they would quickly fade with my increasing nervousness and sweating.  I wrote the word Breathe on my left hand pointer finger and had one smiley face on my left thumb and palm and one on my right hand to help remind me to breathe and smile.  And while I didn’t use it I also brought my meditation bell with me in my bag – ya know, just in case :)