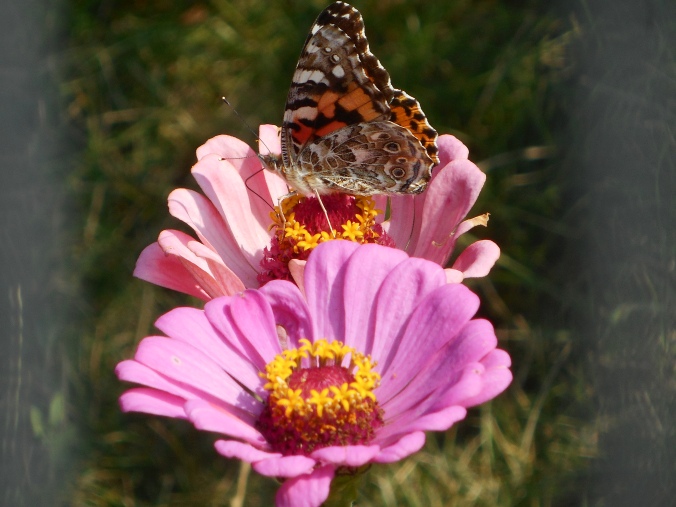 Every influence I’ve ever encountered has shaped my character and disposition. I am who I am because of an endless parade of circumstances, people, and input. There is no “me” in which to point to directly. Instead, one must point to every single other person and everything else – and continue pointing, as the “me” you’ve grown accustomed to is always shifting.
I would be someone all together different if I wasn’t a student of Thich Nhat Hanh’s – if I wasn’t a devoted listener to Ani Difranco or, back in the day, the Grateful Dead – if I hadn’t moved across the country to Montana days before I turned 19 – if I had had different BFF’s growing up, different boyfriends, different parents – if that grade-wide ecosystem project hadn’t happened in 8th grade – if I hadn’t been raised by the Jersey shore in the summers of my youth – if I had shaved off all my hair only twice, instead of three times – if even one flower or butterfly I’ve met had not caught and held my breath in its beauty.

(Helpful Info & Terminology: This is part of a series of blog posts written during my recent retreat stay at Deer Park Monastery, located in southern California, in the tradition of Thich Nhat Hanh. Due to not having had Internet access I will be posting two days worth of my writing each day from while I was there on retreat.

Laypeople: Also called lay friends or laymen and laywomen, are all of us who come here to practice but are not monks or nuns.
Monastics: The collective group of both monks and nuns.
Clarity Hamlet: Where the nuns, also called Sisters, reside. Laywomen stay here as well.
Solidity Hamlet: Where the monks, also called Brothers, reside. Laymen and couples/families stay here as well. (Clarity and Solidity are just a short 10-15 minute walk in distance from each other).
Thay: Refers to Thich Nhat Hanh, meaning teacher in Vietnamese) 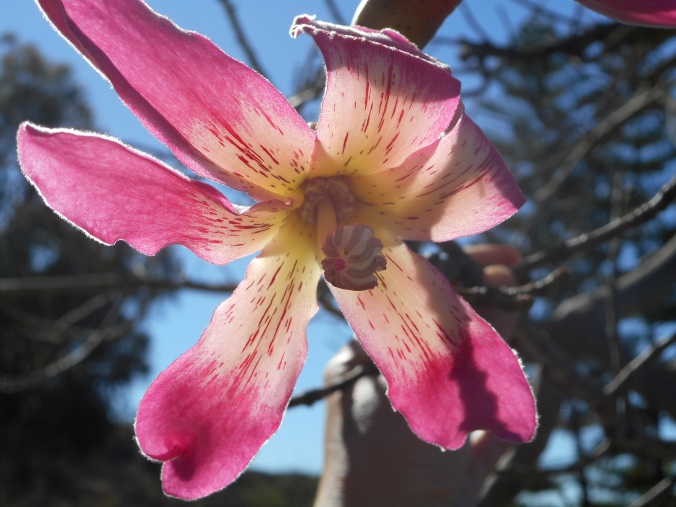 Happy Lunar New Year Eve Day :) It’s lazy morning, on account of Tet’s festivities, which start today at 3:00pm. Despite there being no early morning sitting meditation I still carried along with my regular routine. I woke up around 3:00am, went to the dining hall to write and enjoy tea, and then walked up to the big dharma hall to sit. I was accompanied by a small handful of others who had decided to sit on their own as well. I wound up sitting for just under an hour and then strolled down to the parking lot, where I slowly walked around listening to my music.

Here are a couple of things I wrote early this morning:

It seems likely, probable, expected even, that I should run out of words soon. I mean, there’s only so many of them and only so much to say. How many times can I paint a picture with a mere arrangement of 26 letters describing a sunset or a feeling of elation or a deep moment of reflection? Innumerable times! Words are a steady river whose source is endless when your quill is dipped in its fresh waters.
_________

Hanging in the air with bated breath, listening to the sound of a eucalyptus tree echo that of the pulsing sea gently washing ashore and owls calling from nearby hills festooned with oak. No moon decorates the sky this morning as I am carried in the arms of 5 am’s rapture.
_________

END_OF_DOCUMENT_TOKEN_TO_BE_REPLACED 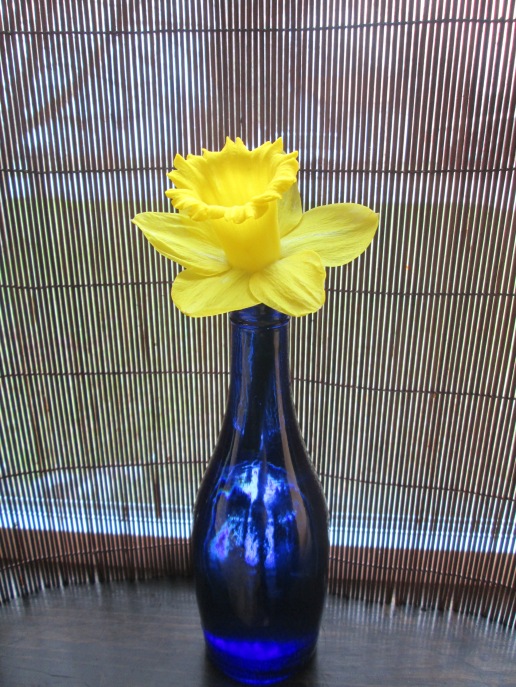 Day 15 – Today I sat for 10 minutes.  It felt like a natural progression to increase my sitting time by a few minutes.

The daffodil above is a vision of loveliness.  Its golden petals are in delicate balance.  It is beautifully unfolding and its vibrance is set up magnificently against the cobalt blue of the bottle.  Yet soon it will wither and die.  The flower will not last long in its current brilliant state of being.  If we are caught in grasping its form, as it exists today, we will be saddened and disappointed when it starts to wither.  Looking deeply we can see that when we are caught up in grasping we are also attached to something.  In this case we would be grasping its beauty and attached to how it existed in the past.  The delusion is that the flower is of a permanent, unchanging nature.

This is a simple example that may be easy to understand.  However, this is also how we interact with many things and experiences in our daily life.  We often grasp at thoughts, views, emotions, events, people, places, and things.  We often get attached to how things used to be or are supposed to be.  And we often get stuck in our delusion that life is permanent, unchanging, and separated into realms of right and wrong.

It is not the unfolding of life that causes upset and difficulty to arise, it is how we relate to it and move forward.