As a self-declared happily married woman in a monogamous relationship, I feel as though I’m rather akin to a unicorn sometimes: fictitious, and overly dramatized with glitter and sparkle (metaphorically speaking, that is) to the point of making it impossible not to deem it ridiculously absurd. I’m not at all like a unicorn, however, when it comes to my coolness factor. Unicorns are everywhere nowadays in the merch realm, whereas happily married people don’t really market well. We’re just not hip and fashionable in the same way.

But, as happy people in general are in short supply, and you can’t throw a dead cat without hitting a cynic, I awoke this morning called by my pen to write some thoughts out on a topic that feels both radical and terribly un-interesting to the mainstream at the same time. Unlike the mythical unicorn, I’m here to tell you that I exist.

And I exist not in a trite, pie-in-the-sky sort of way but in a this-is-for-real sort of way. I love my husband. I’ve loved my husband long enough that I can’t clearly recall a time when our lives were not intertwined. We’ve been together over half of my life. Born in the same year, I was 19 and he was 20 when we met; 20 and 21 when we married. And in a week from now, we’ll celebrate our 19th wedding anniversary.

I’d like to convey two things that I’ve found to be important in our love journey thus far. And by important, I mean crucial to our surthrival. (Notice I just coined a new word there: surthrival, which combines the words ‘survival’ and ‘thrive’.)

One: We’re genuinely kind to each other. And two: We’re both diligent in our own commitment to ongoing personal growth work.

#1 applies especially to me, as I used to be the queen of being passive aggressive. I spent the first few years of our marriage being routinely unkind to my husband. It took me a long while to see the reality of how I could be a real bitch. And I’ll tell you, it wasn’t easy coming to terms with this part of myself. No one wants to admit they’re a jerk. And without some kind of reflective practice to help us learn the skills to see ourselves clearly, few of us will break free of this cycle of meanness too, by the way. Collectively, we’ve learned all sorts of creative, sure-fire ways to armor ourselves up with excuses, reasonings, and justifications for our crappy behavior and treatment of others, especially our closest person. Looking deeper it becomes clear: we treat others how we treat our own selves internally. So there’s that.

What’s important to mention about #2 is that it takes two to tango. And by tango I mean form a life together. My husband and I have gone through some rough times – and our last rough time, about 8 years ago, was such that we wondered for the first time ever whether or not we’d make it. During such times, we’ve learned that there is no such thing as a difficulty being only one person’s responsibility to tend to. It’s never just one of us causing harm or hardship, no matter what’s going on. It takes both of us to co-create the environment and landscape we find ourselves amid. In order for us to take good care of one another as part of a couple in a life-partnership, we see clearly that we must learn and practice to take good care of our own self as individuals. If either one of us weren’t committed to ongoing and continual personal growth work, our marriage wouldn’t be successful. Knowing how to stay on our own side of the fence and take responsibility and ownership for how we’re showing up and engaging in the relationship is critical to our well-being as husband and wife. 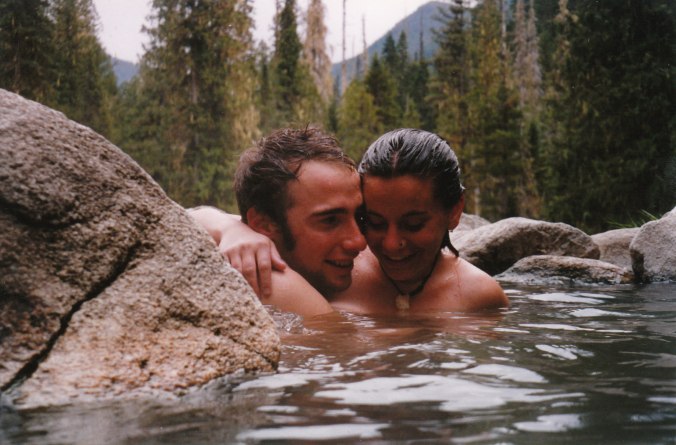 When people say things like: you sure are lucky to have married so young and have it work out, I think to myself: well, while I don’t want to deny that luck has its place in the equation, it’s more of a supportive cast member. And by that I mean one of those fleeting walk-on parts with no lines. In the greater scheme of things, luck has nothing to do with it. While it was and is good fortune to have met Mike at such an early age and grow up together, to imply that it’s mere chance that we’ve managed to stay together all these years is not only rather insulting but it’s also missing a huge point of consideration, which is a pivotal  element. Work. To chalk it up to luck is missing the freakin work part. Cuz it takes that. It takes work.

Personally, I had to dismantle a lot of B.S around what I thought my guy was “supposed” to be like, in order to see, accept, embrace, and appreciate him for who he really is. And in order to do that, I had to learn how to do all of that for myself. That’s the real work. The internal stuff. The personal growth stuff. It’s never someone else that needs to change. It’s always us. Every time.

If I were to give advice or offer what I see as being the secret to a happy marriage, I would say this:

– Practice kindness every day – directed at our self internally and our partner externally.

– Stay on your side of the fence and do your own work. 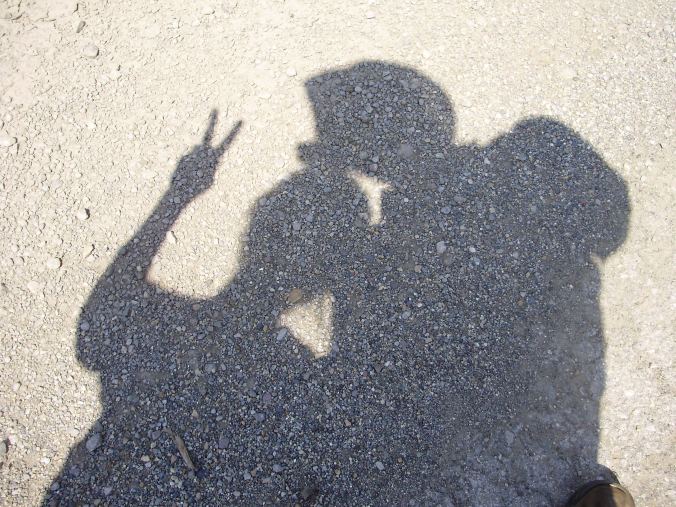