Yesterday, for what was the second time in my life, I went to Costco. Mike and I were recently gifted with a membership card from a good friend of ours and we decided to venture in and get the lay of the land.

It’s worth mentioning that neither of us wanted to go to Costco on a Saturday afternoon. But I’d been putting off my inaugural visit since receiving the card, which was about 2-3 weeks ago, basically because I’ve allowed Costco to frighten me. I needed Mike to go with me the first time in with a membership card – and with his work schedule that meant we had to go on a weekend day, when everyone and their dog would be there.

We were like strangers in a strange land, upon entering the doors of our local Costco. Here was a place that pretty much everyone we know goes on a regular basis and we were like greenhorn country folk entering a big city for the first time, eyes wide and heart racing.

Soon after we landed inside the store, Mike made a really helpful observation. He said: We’re like tourists! His statement changed my whole perspective. I love being a tourist in a new town. Being a tourist means that I’m open, receptive, interested in, and curious about my surroundings. So I got my tourist on and it changed everything.

As we strolled leisurely up and down the aisles hand-in-hand, we noticed how easy it was to get pulled into wanting to buy things we didn’t really need. We found great entertainment in discovering what items were placed in the same aisle – our favorite being the aisle displaying toilets directly situated across from boxes and bottles of Cabernet. And we felt a wave of relief and satisfaction that we were able to leave the store, after roaming around for an hour, empty handed.

Now that we made the inaugural plunge, I’ll go back solo at some point and purchase a few things. And I’ll practice to keep my tourist energy alive when I do, as that proved to be a really helpful support in doing something I super didn’t want to do.

I’ve said it many times before and I’ll keep saying it: everything takes practice.

Here are some additional pics Mike took of me being a tourist in Costco:

Dude, Costco is huge. Good thing they had this lounge area set up. 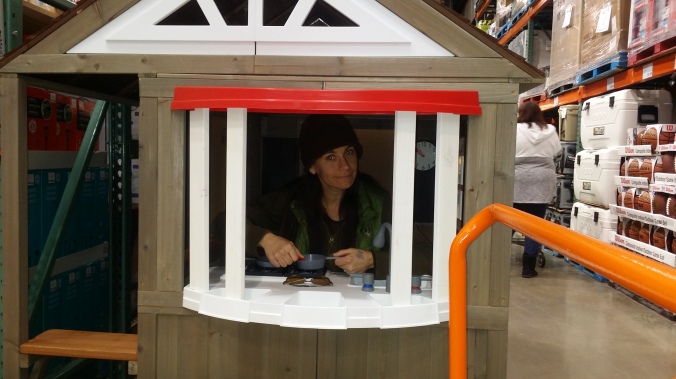 I found the ultimate tiny house! 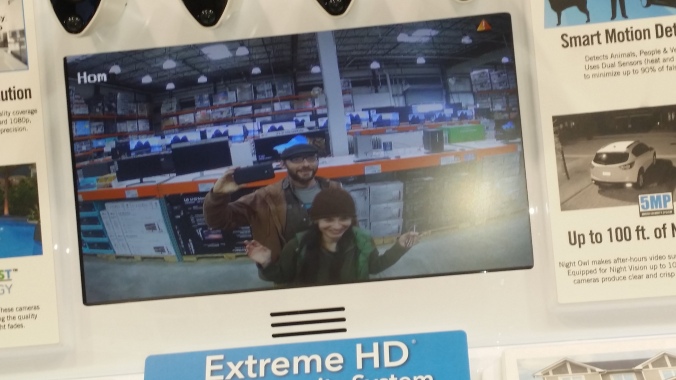 Classic Nicole hamming it up on camera.

4 thoughts on “Being A Tourist In Costco”