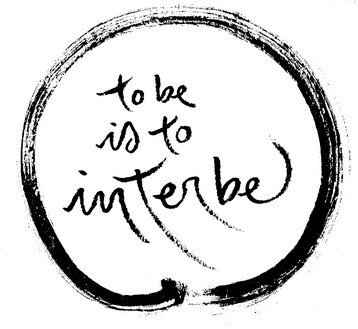 I’ve been preparing for the next teaching talk I’ll be giving in a couple of weeks at my local sangha Be Here Now. I’ve decided to base my talk on the topic of nonself, which is proving to be a good stretch for me. Since my last talk was on the nature of impermanence, specifically the Five Remembrances, I’ve decided to have my next two talks continue to form around the theme of the Three Dharma Seals, which are: impermanence, nonself, and nirvana. The Three Dharma Seals, as stated in Thay’s (Thich Nhat Hanh’s) book The Heart of the Buddha’s Teaching, are described as follows: “Any teaching that does not bear these Three Seals cannot be said to be a teaching of the Buddha.” The Three Dharma Seals are essentially the marks which indicate any true teaching offered by the Buddha.

Another way to phrase nonself is to say no self, to which I then like to add the word “separate” in between, for clarity of purpose, as in: no separate self. And yet another way to say this would be to use Thay’s word “interbeing.”

Nonself is easy to misunderstand. Nonself is not a nihilistic approach to life’s human construct or some fancy metaphor explaining how everything is just an illusion and doesn’t really exist. Nonself speaks to the simple truth of how we cannot exist by ourselves alone. We are a collage of our blood ancestry, experiences, relationships, and interactions. There is no separate self we can point to as being disconnected from the whole of everything else. We are because everything else is. Just as a tree cannot exist without the influence of the sun, air, water, and soil we cannot exist without the collaborative entirety of our past and present influences. As Thay states, in the same book as mentioned above, “Nonself means that you are made of elements which are not you.” 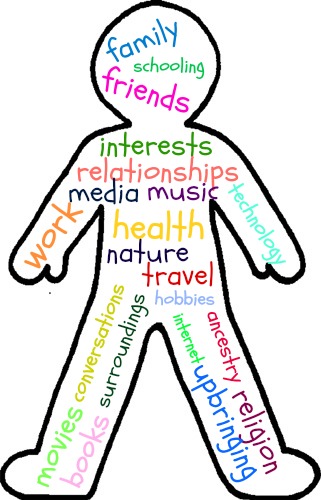 There are a myriad of subtle and not so subtle ways in which we sidestep the nature of nonself. When we over-identify with a certain component of our internal environment we are not exercising the wisdom of nonself. This can manifest when we over-inflate our gender role, faith belief, work position, the fact that we’re a vegetarian, a parent, an activist, a gun-enthusiast, a democrat, or any other element of our persona, to the point where it casts a shadow over the other parts of who we are. When we over-identify with particular elements within ourselves we are creating a form of internal separation. And wherever there is separation there are conditions for suffering. When we separate we are forming divisions and putting up walls. And when we erect walls we then need to defend those walls, out of fear and anger. When we look deeply into the nature of nonself we are able to see clearly where we are putting up our internal walls of separation and how they are causing us to suffer. From this awareness we can then move forward to deconstruct those walls so that our internal environment can become more cohesive, unified, and at ease. When our walls of separation are slowly removed it then becomes possible to feel comfortable in our own skin, no matter what’s going on around us.

Regarding our external environment and actualizing the insight of nonself we would do well to practice overcoming the superiority, inferiority, and equality complexes. Otherwise stated: we should practice not to get caught in self-comparison. When we compare ourselves or our experience to that of others’ we are watering the seeds of separation and division. When we place quick labels, such as good/bad, right/wrong, love/hate, better/worse, on people, places, and things, we create the conditions for suffering to manifest. Where we create separation, we create suffering.

When we begin to understand the nature of interbeing, of having no separate self, our likelihood of suffering, and causing others to suffer, is reduced. Understanding is the transformative ability we have to reduce separation and suffering.

“Nonself is not a doctrine or a philosophy. It is an insight that can help us to live life more deeply, suffer less, and enjoy life more. We need to live the insight of nonself.”